Kansas City Chiefs head coach Andy Reid had all the reason in the world to celebrate after his big Super Bowl LIV win, but the way he celebrated it and the people he celebrated it with point to what he holds dear in life.

Obviously football is a major factor in Reid’s day-to-day, but so is his family. And when his entire family came together after the win, they all knew how important this moment was for Reid.

Andy, his wife Tammy, and their four children were all in attendance — but they also celebrated in spirit with Garrett, their son and brother who’d passed away after a decade of struggling with addiction in August 2012.

“The fact that we were all here, that was amazing,” Tammy told The Philadelphia Inquirer. “Except for ‘G.’ So sad, but I know he’s watching us.”

“You can’t help but think of him,” Reid said.

“It’s a positive,” he added later. “With the loss of Garrett, he was there for us, with us.”

Garrett’s siblings soaked in the moment, too, with Crosby saying they could feel Garrett’s presence.

“It was a moment with our family where we all got to cry and really feel my brother looking down on us,” Crosby said. “Garrett’s spirit was there. It was a huge family moment seeing my dad’s dream finally come true.”

The victory didn’t come without countless sacrifices, but Tammy knows that it all paid off.

“I see the time he spent away from us, the kids, and not coming home, and sometimes skipping date night. This year it kept getting later and later. And I’m just like, ‘Do it. You do whatever you need to do to get us to this.’ And we got there.” 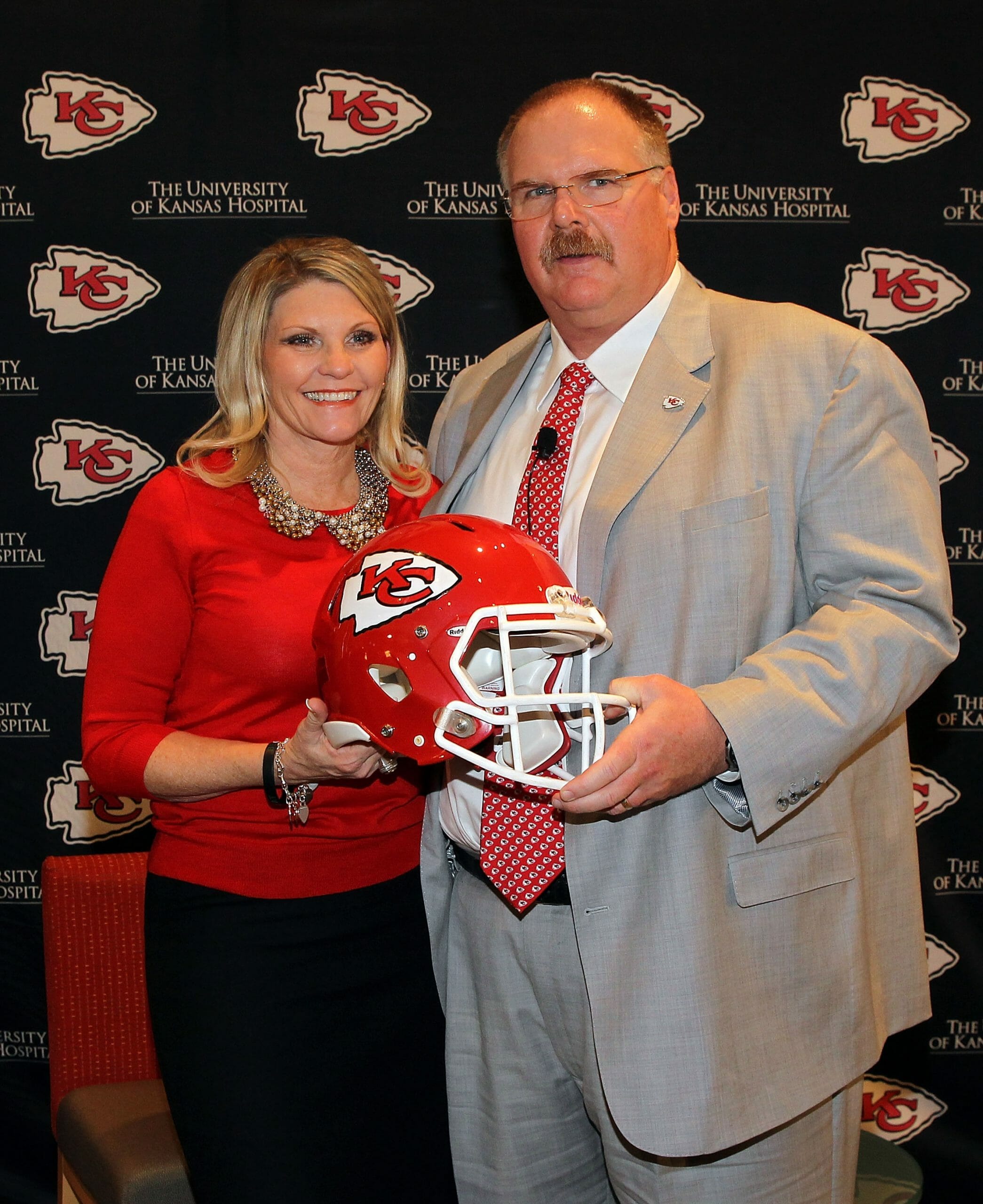 After the public celebration was over, Reid settled down to enjoy the success on his own terms, with a cheeseburger, some music and spending time with the real prize in his opinion.

“I didn’t really sleep last night, but I didn’t spend it with the trophy,” Andy said later in an interview. “Well, I did — I spent it with my trophy wife, how’s that?”

Andy Reid said he was going to eat the biggest cheeseburger he ever had last night. He says he didn’t sleep.

“I didn’t spend the night with the trophy. I spent it with my trophy wife” ?
pic.twitter.com/nq2ieBufb1

His answer got him a round of cheers and applause, but the respect he and his wife of 38 years have for each other is truly heartwarming.

“I’ve been … with her for about 40 years now,” he said. “Every day is a special day. I’m telling ya. I call her my girlfriend for that reason.”

“You never lose interest if you do that, right, you guys out there? Call them your girlfriend and you always do special things for them.”

After suddenly having this idea at 4.30am on my way to sleep after a Galentine’s outing with friends I had